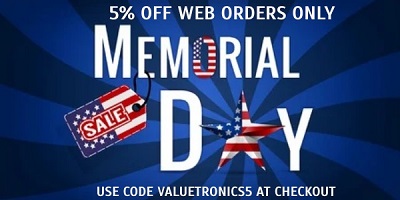 The AFG3252 is a Arbitrary Waveform Generator from Tektronix. An arbitrary waveform generator (AWG) is a type of electronic test equipment people use to generate repetitive or single-shot electrical waveforms. Single-shot waveforms require a triggering source, either internal or external, while repetitive waveforms do not. Inject the signal the waveform generator creates into a device for analysis during testing, finding problems with the device, or confirming proper operation.

Unmatched performance, versatility, intuitive operation, and affordability make the AFG3252 Function, Arbitrary Waveform, and Pulse Generators the most useful instruments in the industry.

Users can choose from 12 different standard waveforms. Arbitrary waveforms can be generated up to 128 K in length at high sampling rates. On pulse waveforms, leading and trailing edge time can be set independently. External signals can be connected and added to the output signal. Dual-channel models can generate two identical or completely different signals. All instruments feature a highly stable time base with only ±1 ppm drift per year.

A large screen shows all relevant waveform parameters and graphical wave shape at a single glance. This gives full confidence in the signal settings and lets you focus on the task at hand. Shortcut keys provide direct access to frequently used functions and parameters. Others can be selected conveniently through clearly structured menus. This reduces the time needed for learning and relearning how to use the instrument. Look and feel are identical to the world's most popular TDS3000 Oscilloscopes.

With the ArbExpress PC software waveforms can be seamlessly imported from any Tektronix oscilloscope, or defined by standard functions, equation editor, and waveform math.

Specifications
Datasheets
Manuals
Looking for other manuals? Search all of our available manuals here.
ValueTronics New and Used Test Equipment, All Rights Reserved